Every other February, oceanographers from around the world congregate to share new scientific insights, and tales of adventure on the high seas at AGU’s Ocean Sciences Meeting. But this February was a little different than past even-yeared Februaries — not only because oceanographers gathered virtually, but also because in 2022 the Climate Modeling Alliance unveiled their experimental ocean model to the world: Oceananigans. Oceananigans is

In other words, scientists wielding Oceananigans can implement simulations ranging from the most idealized classroom problems to high-powered realistic ocean simulations. 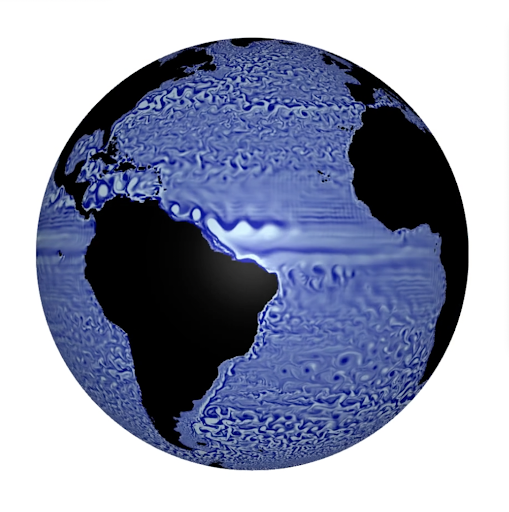 But Oceananigans is more than just a well documented github repository. It’s a community of collaborating oceanographers and an ever-accumulating body of knowledge about creative, insightful computational oceanography. Oceananigans represents a new paradigm being developed by the Climate Modeling Alliance for data-driven geophysical modeling: alongside its partner package ParameterEstimocean.jl, Oceananigans is designed from the ground up for cutting-edge data-driven ocean model parameterization development, parameter estimation, and uncertainty quantification.

In addition to giving the town hall, CliMA-Ocean members showed up en force with 7 other presentations.

Navid Constantinou explained how the CliMA vision for systematic, data-centric calibration of Earth System models can be applied to parameterizations of lateral ocean transport in “A data-driven approach for developing parameterizations for mesoscale eddy fluxes”. 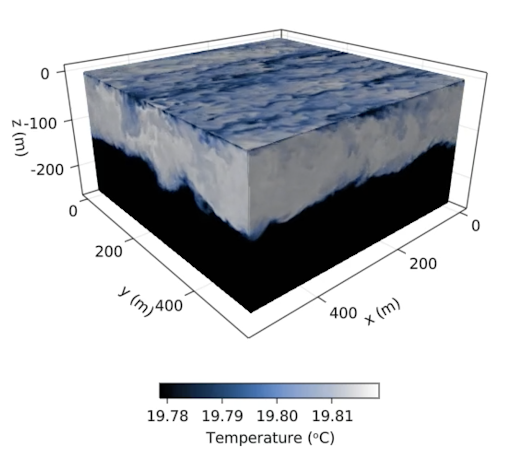 Raffaele Ferrari presented work done in collaboration with Basile Gallet on “Quantitative scaling for baroclinic heat transport”. Using a vortex gas model of geostrophic turbulence they derived a parameterization for ocean mesoscale turbulence that was tested in quasi-geostrophic two-layer systems with and in primitive equation channels.

Gregory Wagner argued that even simple, obviously biased models can be tuned to surprising accuracy with systematic calibration techniques in “Formulation and calibration of a local diffusive closure for ocean surface boundary layer turbulence”.